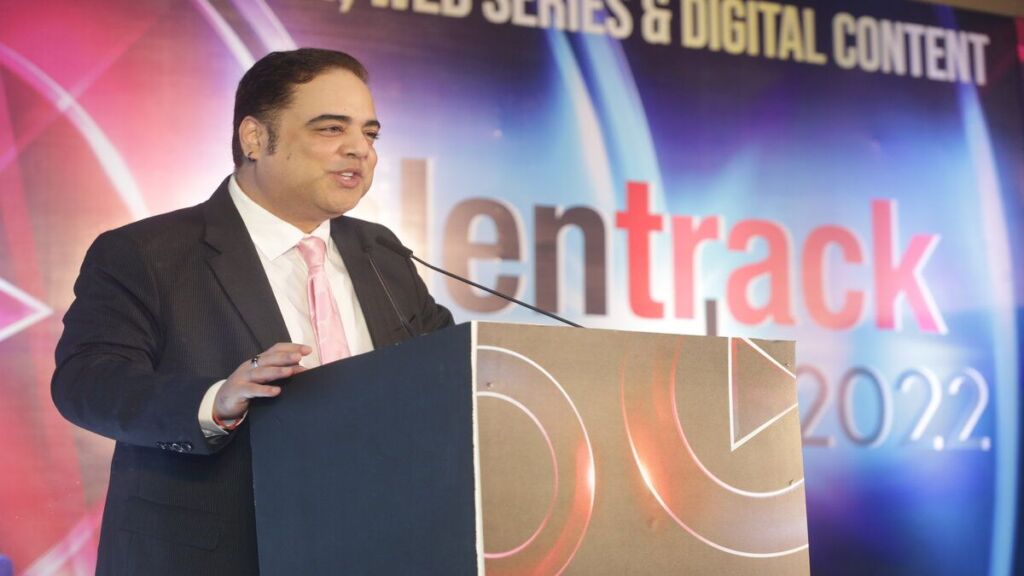 September 16: The Winners’ Night of the 6th annual Talentrack Awards was a sparkling, starry affair. Held at a leading five-star hotel in Mumbai, the evening saw some of the biggest stars of Digital-content, Web-series and OTT walking away with the coveted Talentrack trophy.

Established in 2017 as the pioneering awards for the digital-content ecosystem, Talentrack Awards recognise and felicitate companies and individuals who have delivered outstanding films, web series, and performances through the year on various digital platforms and media.

The very versatile Karan Johar was felicitated with the Digital Sensation of the Year award for Big Boss OTT Season 1. The Best Director recognition was won by Tigmanshu Dhulia for The Great Indian Murder, while the casting director of the show, Mukesh Chhabra, won the Best Casting Director – Action/Thriller award. In the music category, the Best Singer awards were given to Badshah and Neeti Mohan. Prajakta Koli & Mr. Faisu received awards in the Best Influencer of the Year category. The vivacious Bharti Singh was honoured with the Viral Sensation of the Year trophy. The stunning duo, Jasmin Bhasin & Aly Goni, took home the Digital Jodi of the Year award. Talking about the Awards, the Founder of Talentrack, Vineet Bajpai, said, “As India’s leading talent-casting platform, it has been our continuous endeavour to empower the digital-content community. 2021 was an exciting year in terms of the quality of content produced in India, and it has been a privilege for us to be able to felicitate the finest of artists and organisations. My heartiest congratulations to all the winners, and we look forward to seeing you all again next year for the 7th Annual Talentrack Awards.”

The post It has been our continuous endeavour to empower the digital-content community – Vineet Bajpai on the 6th edition of Talentrack Awards appeared first on Republic News Today.

Need To Invest In Building a Supportive Ecosystem for Women