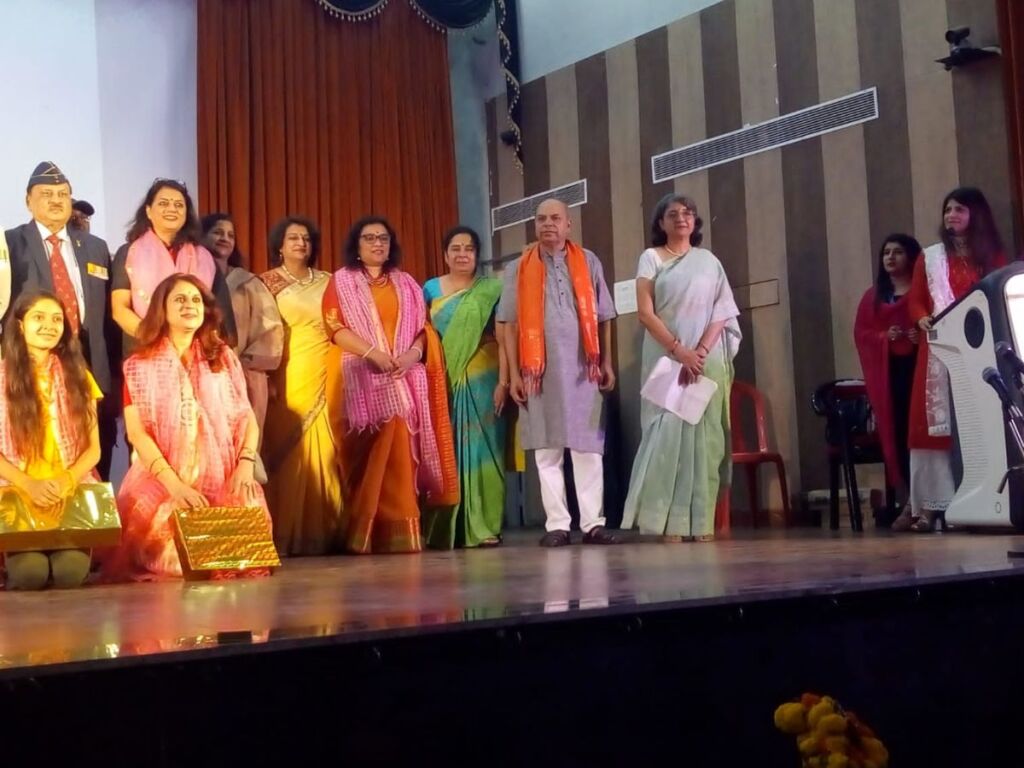 The Play, staged in Hindi language and of 55 minutes duration, acted as a reality check on how the new India perceived Azadi.  It showed the growing insensitivity of people towards Azadi and appealed to the people to realize and value the privilege of living in an independent nation. It was also a humble attempt to express gratitude to thousands of unsung/forgotten heroes of our country who laid their lives during the freedom struggle so that we could lead our lives with dignity. The Play has already been staged several times in India and UAE and gathered big acclaim everytime.

The Play was directed by Jayant Deshmukh, one of the top art directors of Bollywood, TV, OTT and one of the finest directors of experimental theatre in India. The Play writer Jaya Sarkar is a gifted poet, versatile writer and one of the few women playwrights of India. She has received great accolades and rewards in India and the UAE for her work. A promotional film is made using her poem by Amul India. She has written 18 coffee table books for Dainik Jagran.

The event was attended amongst others by dignitaries Chief Guest Lt Gen J S Dhillon, VSM (Retd); Guest of Honour Lt Gen AKS Chandele, PVSM, AVSM (Retd); Maj Gen Nilendra Kumar, MD UP Poorv Sainik Kalyan Nigam Ltd and Shri Ravi Kumar NG, IAS, Commissioner, Gorakhpur. The dignitaries lauded the spirit behind staging the Play and impressed upon the need to inculcate a sense of pride and respect among the youth for the freedom that they have enjoyed since their birth for which their forefathers laid their lives. During the event, Dr Sanjay Sood, Associate Director and Head Health Informatics, C-DAC, Mohali spoke virtually about the telemedicine platforms  eSanjeevani and SeHAT OPD and how these could be used to access healthcare by the people living in rural and remote areas and what steps were being taken to make these more accessible and user friendly.

JanMitr is a concept initiated by P C Training Institute Limited (PCTI), an Institution in education, skills training and healthcare services.  The objective is to serve the masses and enable the needy to avail the products and services in the field of healthcare, school education, higher education, skill development and veteran care by connecting the needy with the service provider, especially in the rural and remote areas where the accessibility of such products and services is either poor or zero.  JanMitr may be any person- Ex-serviceman/ family member, student, entrepreneur, employed/ unemployed, housewife, senior citizen and social worker, who is trained to connect the persons in need of services and products in the above sectors with the service providers and also to become employable and self-sustained entrepreneurs.

PCTI-JanMitr  is  associated with and  supporting C-DAC for increasing awareness about telemedicine platforms like eSanjeevani and SeHAT OPD amongst public/potential beneficiaries  and also for developing e-Content such as  training videos and user manuals, social media posts etc (pertaining to e-Sanjeevani) for health workers, doctors and citizens. It is also associated with other reputed Institutions including United Services Institution of India (USI), a think tank of defence officers and scholars, and National NGO Foundation, an umbrella for NGOs, for spreading awareness about the accessibility of healthcare and education in the remotest and the farthest areas. PCTI-JanMitr can be reached at contact@janmitr.com and phone 9090040029.

Genius Entrepreneur: Naveed Mian – The Man Who Makes His Dreams A Reality