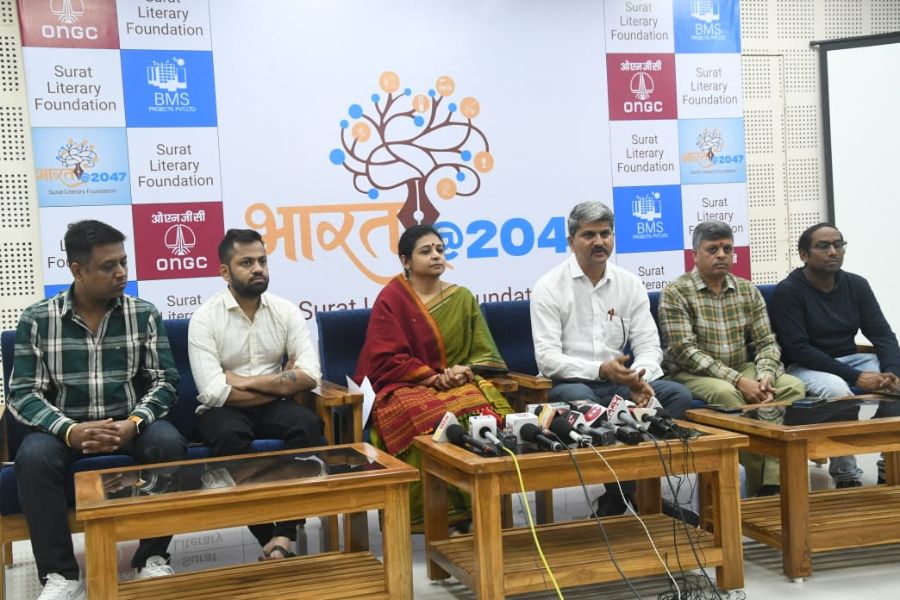 Organised by the Surat Literary Foundation from January 20 to 22, the conference will bring together experts and scholars for intense discussions on 11 key topics.

Surat (Gujarat) [India], January 20: Diamond City Surat will host a unique three-day event which will bring together noted experts and scholars for insightful discussions on the future of India. The Surat Literary Foundation has organised a conference on the theme India@2047 from January 20 to 22 where discussions will take place around 11 key topics.

“India has changed a lot in the last 75 years. There has been a lot of progress in all fields since 1947. India will complete 100 years of independence in 2047. How will India be in 2047? What does the country need to do to achieve its objectives as a nation? What will be the roadmap to achieve them? These are some of the questions and topics that will be discussed at the three-day conference on the theme India@2047,” he said.

Well-known experts from the country and overseas will hold deliberations on politics, religion, media, journalism, foreign policy, movies, women, judiciary, education, and other important areas in the context of the next 25 years. Two sessions will be organised on each of the three days. There will also be a cultural programme at the event to give a glimpse of the state’s rich culture and heritage to the participants.

The post Three-day conference on the theme India@2047 to be hosted in Surat appeared first on Republic News Today.

EngiExpo 2022 to take place in Ahmedabad from December 17-19